Report from the Ugandan LGBTI Underground 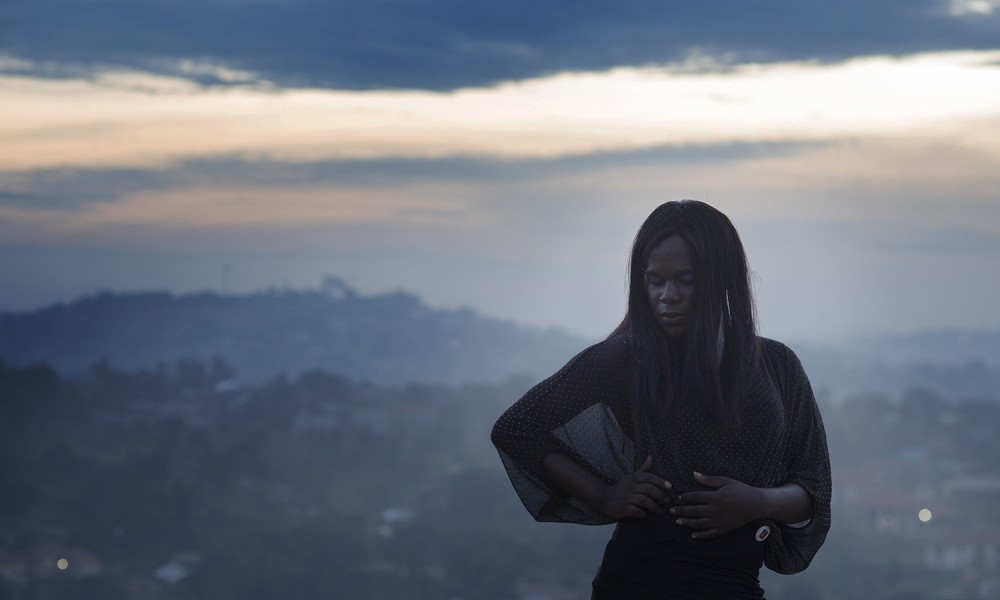 The 20th of December, the day the bill was passed by Parliament, we woke up excited. We were planning a party for an American ally of ours, David Robinson, who for about a year and half, had been actively involved in the movement in Uganda as a freelance photographer helping us build networks and helping amplify the community’s voice.

David believed that there was a disconnect between the Ugandan’s and LGBTI people, and that there was a need to reconnect with the mainstream Ugandan community on a personal level; put a face to the LGBTI person, and appeal to people’s humanity, that LGBTI were, beyond just activity: faces, beyond sex: real people, with real lives and families, that sexual orientation and gender identity that was used to describe them was no personal choice, because no one would purposely choose an identity that demonized them. Through his endeavors we produced an article where I was the lead writer in an American print and internet-based paper, the Advocate, a captivating account of LGBTI lives in Uganda that won a GLAAD nomination for the upcoming awards.

I hadn’t slept the night prior, the planned party was at my place and I had spent the whole night cooking. The following day I had to attend an end-of-year annual general meeting for then Trans Support Initiative, the organization where I serve as the program’s officer.

That afternoon social media private messages started coming in of Parliament planning to table the bill that day. It seemed like a stale joke. 20 minutes later, the bill was actually passed by parliament. It was an ambush. There wasn’t a quorum in Parliament, the bill was not on the agenda for the day and the authors of the Minority Report about the bill, who should have been consulted, were not even in the house that day.  Nonetheless, amidst bias the bill was passed.

It took no more than a few hours for the effects of the bill’s passing to trickle down to us.

Mid-afternoon, ordinary dressed people raided the hotel where our meeting was taking place asking about an ‘illegal proceeding’. The hotel manager refused to disclose any information, saying she was just doing business. We were tipped off about the presence of these people, and about how they were planning on coming back to raid the meeting. Participants almost disbanded, but through a display of courage and resilience and with an encouraging note from our executive director we stayed and finished our meeting.

The night proceeded with the farewell party for our friend David at my place. I had hardly rested, but stayed awake since my boyfriend Nelson and I were hosting. My siblings had heard about the passing of the bill and had come to lend for moral support and stayed for the party. Community members trickled in to find comfort and solace in each other. The initial twenty-member party grew to fifty. That brought several community members from different echelons of the movements, from the older seasoned, well-known activists, to grassroots activists and members, to allies and family.

Indeed, it was a worthwhile night. We needed each and other and we came together to buffer the anxiety and fear.

In the days and weeks that passed after the bill was tabled by Parliament, the media here was flooded with news about the bill. Radio, television and newspaper companies alike churned out several media spots about the bill. They were biased messages, over-sensationalized and sentimental, not based on any facts and figures, continuing the negative myths and stereotypes about the LGBTI community. They made matters worse.

We went to see more security cases, several involving pre-op, pre-hormonal treatment transgender people. People were illegally evicted, fired from their jobs, disowned by families, attacked by mobs, and arbitrarily arrested. It was chaos. We hardly had the technical and financial activity to deal with this as activists, as friends, and as organizations. There were just too many cases, too much work to do and security to worry about even in our work.

We held several meetings with the coalition of LGBTI organizations in Uganda, to re-strategize. It turned out well. Messages to the international community were drawn up in one voice, and an activity plan on how to engage with the community was drafted and put into action as soon as possible.

It was hard to work. As offices of different organizations were raided, we had to work underground from homes and in remote hotels. Communication was difficult as it could easily be intercepted. Activism was retarded and reports of people abandoning their work and leaving the country started coming in.

Reports started coming in of Ugandan LGBTI refugees in UNHCR (the UN Refugee Agency) camps on the Kenyan border being abused for their sexuality.

In the days that followed, Museveni tried to dust the blame off himself by sending out lukewarm messages, talking about his ignorance about homosexuality and saying he needed further medical consultations from medical experts and that he is not against homosexuality but against its promotion.

Several messages and calls came in from the international community and from local celebrity Bebe Cool. These and several of our efforts tried to steer the debate away from morals to a public health and the human rights arena. We produced several informational and personal pieces in the international and local media houses. I had one with the East African Newspaper. It even helped that popular members of the academia, independent journalists and radio personalities came on board to provide unbiased information.

Sadly though, people were not willing to talk with each other and were just talking back at each other, frothing at the mouth, full of rage, and fury.

The week prior the bill being passed I was away on a legal retreat discussing how to counteract the bill if it passed. It was very fruitful. Information trickled in of the president and his party members being away on a retreat of their own in Kyankwazi, and more importantly that the medical personnel who had been consulted about homosexuality would be presenting their report to educate the president’s decision.

That weekend, newspapers were flooded with a mini version of the report from the medical committee, which talked about homosexuality not having a genetic basis and being abnormal. The president intended to shift the blame to the committee. The medical team, comprised of popular national and international scientists, met a lot of criticism from their peers.  Several of the committee members were shocked, stating that their report had been altered and distorted and they wanted to dissociate themselves from it. They also talked about releasing the actual detailed report as they produced it. In addition, a piece from the international medical and psychology communities ran in local papers attempting to educate the nation and Museveni about homosexuality before the bill was passed.

Despite all these efforts, at 11:00 am, in a publicly televised function at the State House in Entebbe, with several politicians and media in attendance, the bill was assented to by the president and signed into law amidst ululations and public support.

The day that followed, and several days later, local tabloids, including the Red Pepper and Hello magazine, produced several media pieces running front page, and several pages long, outing several LGBTI people in Uganda, with their images, places of work, residences and partners. This fueled “mob justice” and lynching of LGBTI people. There was a case of a gay couple where one lost his life, and the partner escaped and was in a critical condition at the National Hospital. Landlords started evicting their tenants illegally. People were fired from work, or feared going to work because they had been outed. Organization names were published, and several organizations that had re-opened had to shut down again. Public community radio stations started reading out of names of LGBTI people and warning them to leave the community. We tried in vain to deal with all these cases.

I personally wrote several pieces asking countries abroad to loosen their asylum regulations and provide emergency visas to critical cases, regulated through the LGBTI coalitions. I asked our individual allies to organize fundraisings to help people with visa fees, and travel fares. It helped, as several countries started loosening their regulations, Scotland and Netherlands among others. More support was needed in this.

On Friday of the week the bill was passed I was outed in the papers on the front page. I officially lost my job, several of my family members fearing for their safety abandoned me, and I had to impose on myself house arrest. We weren’t safe. I received calls from strangers allegedly wanting to go out with me or to work with me, and my e-mail was hacked.

For the past month and a half we have been living behind a closed gate, closed windows, keeping on the very down low. Since we have both been working my mom has been coming home at night with food and supplies. It is hard, but at least I have my Nelson and Mom to hold onto. For several people, my friends, it is a solo fight, even when relocated to a safer place, if ever, there are not enough resources to provide food. People go hungry for days. If the mob doesn’t get to them, the hunger and lack of access to ARV’s (Antiretrovirals) will surely kill them.

Personally I have been progressing with my activism, but deeply underground. It is hard even then because I lost my job and neither is Nelson working right now, it is just not safe. After being outed and with my documents not showing my new gender appearance it is hard to get a job.

That is why I really need to go for surgery, urgently – to be able to change my documents, to get a job, to continue my studies and activism. I feel like all this would make an important contribution both to the movement and the filming of The Pearl of Africa, and hope to document it as I will be the first trans woman to openly undergo gender reassignment in Uganda.

Right now, I think it would be best for our safety if we were able to get out of Uganda. We would be of no use dead or in prison. It is very hard to work under these conditions, it slows everything down. Inasmuch as I might not be interested in leaving my country forever, because I have a self-conviction to stay and work for my community, we feel we need to leave the country for a while.

Any donation you can make will be greatly appreciated!