Interview with The Pearl of Africa Filmmaker Jonny von Wallström 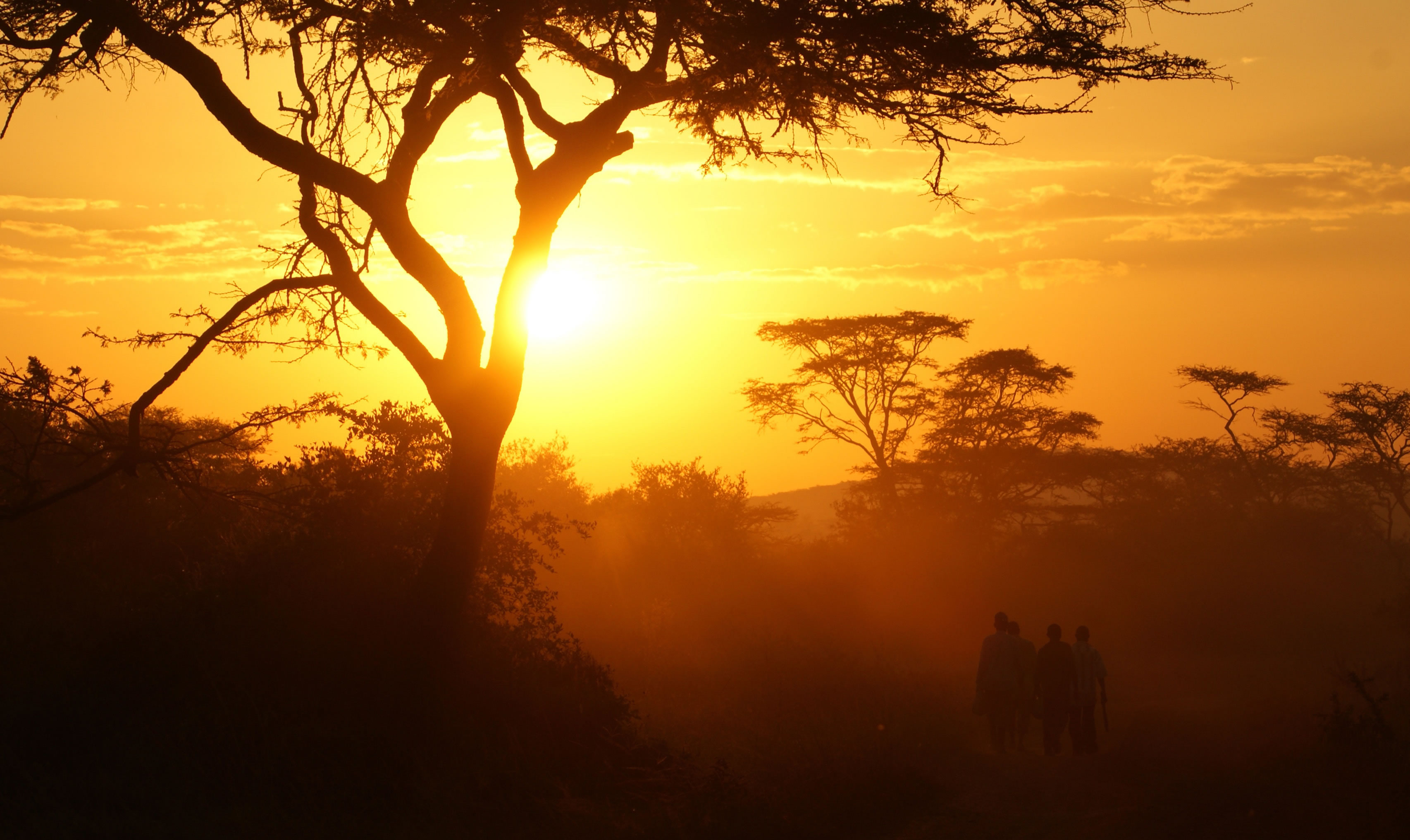 
This is the first in a series of interviews with people from the International LGBTI and Transgender communities, from Uganda to the United States, from activists, authors and others concerned about the civil and human rights, the politics, the everyday lives, the stories of LGBTI people around the world.

Filmmaker Jonny von Wallström, who produced the movie Zero Silence, is working on a feature length film film about a transgender woman in Uganda called “The Pearl of Africa.” The film features Cleo K. who, with this production, will be the first woman to openly transition in Uganda. Jonny plans to tell her story as well as to produce companion educational materials to help activists with the fight for LGBTI rights in Uganda.

To start off this series I spoke with director-filmmaker Jonny von Wallström about how he came to be making a film about a trans woman in Africa and his hopes for  “The Pearl of Africa.”

Q: Jonny, so how did you end up in Uganda?

JONNY: About 10 years ago I did music videos (http://www.youtube.com/watch?v=UUTkNeas4nQ) for a partly Ugandan group called Swahili Nation, which had a huge success in Eastern Africa. It wasn’t one of my greatest moments in filmmaking but it did open my eyes to Uganda and especially the music, which I’ve come to love: Navio, Bebe Cool, Bobi Wine, Mathias Walukaga, Herman Basudde, Papa Cidy…  I’m a huge fan of Jose Chameleone who is one of Uganda’s biggest artists and coming out from film school I made a video for Swahili Nation, featuring Jose Chameleone. Unfortunately he wasn’t able to come to Sweden because of issues with his visa, so the video was made without him.

At the time I thought it was quite funny because hip-hop is such a strong macho culture and there’s a huge fear of gays, in this Ugandan hip-hop context this was even more so. Growing up in Sweden where being gay is very common and accepted in many places I always liked teasing them about this, being a bit too touchy and so on. At that time I didn’t realise how bad the situation actually was in Uganda, but because I’ve been aware of the situation and knew of the Anti-Homosexuality bill when it was introduced in 2009, which planted a seed that I should do a film on the subject.

Since then I’ve been very interested in Uganda. The people are fantastic and very welcoming. The landscape and diversity in the country is amazing, I love how quickly Kampala changes from a big city to wilderness in 10 minutes. One of my favorite things is that the country hasn’t yet been destroyed by too many modernizations.

It took some time to find a unique story in Uganda and before this project I had time to make Zero Silence, but then one day I read a story about two Ugandan men who fled Uganda, only to find each other once again by chance in Sweden, they we’re at the time struggling to stay in Sweden and got married. A marriage that made the international news big-time. But that story had already happened so it didn’t work out in the end. Instead I took my equipment and went to Kampala to search for a strong character who wanted people to know about his or her story. This is when I met Cleo who is such a fantastic woman, she’s been through so much and still she has the courage to transition out in the open.

Q: How did you connect with Cleo?

Jonny:  While I was researching doing a project focused on the Anti-Homosexuality Bill in Kampala, I was introduced to Cleo through my partners at Unwanted Witness. At first she was very suspicious why this western man was interested in making a film about her, what’s the agenda? This is something that I think western journalism and documentaries are too blame for, where they go and tell their story in “Africa”. They put themselves in the movie simply because some producer thinks they need to have a white male or whatever to relate to, because these black people they are too strange, it’s such bullshit which I get offended by every time I see it. It stigmatizes our society in a very dangerous way, something that really affects how we see the world, with us western people seeing ourselves as something greater than for instance Africans. This is so stupid but still we keep doing it. I think we in the capitalist society are more stupid to be eating pink candy fish instead of mangos.

Anyway, this was something I had to convince Cleo about, because she had the experience that many filmmakers and journalists come to Uganda then leave and they never see what they’ve taken part of. I don’t expect every journalist to follow up on who they meet but at least make an effort to screen the film in the country where it was made.

Since I’ve made a film about activists before I know how much the film can mean for them and their fight for justice. This is why I’m trying to involve activists and other partners early in this project, in order to build a grassroots movement and not just a film where nobody takes any action. I think this way of working is partly what attracted Cleo to the project, but also, as she says, “the chance to re-tell the story of a transgender women.”

Q: So Jonny, how did you come to be concerned about the rights of LGBTI people in Uganda?

Jonny: I have a general interest in human rights and have been following the Ugandan Anti-Gay Bill’s evolvement since I first learned about it in 2009 through an online publication. It wasn’t until 2011 that I really started to follow it up close as the debate seemed to escalate. I became more and more engaged as I got to know more and more Ugandans. I’ve never considered myself to be an activist, but I have so much respect for people who are activists, that they dedicate their lives to make a difference. My main reason for wanting these stories to be told is because there still is so much ignorance in today’s society. I get very disturbed when people have strong beliefs in things like gender being only man or woman or race being white or black. I’ve always thought it’s very difficult to talk to these people about things they feel so strongly about, but with film I’m able to communicate with them and other people in a more emotional way.

Q: How will your movie, The Pearl of Africa, affect the future of trans/LGBT people in Uganda and the world?

Jonny: Since I made my last film Zero Silence I’ve wanted to work closer with the activists, we did it in small scale in Zero Silence but a lot was by chance, now it’s part of the strategy when making The Pearl Of Africa for the film to leave a greater footprint.

Documentaries are such strong tools for making people understand people or issues, which is why we want to use the film as an advocacy tool. I want the activists to feel ownership of the film which makes it important to one make a film that they feel is true to themselves, but also let them use it in their work and not only show it in the West.

We also plan to create an outreach campaign together with the activists in Uganda; this is a long-term project that we hope will help shape people’s perception of trans and all LGBTI people. I hope the film will give an insight into the human being Cleo and not just the label of Cleo the LGBTI/trans woman.

Q: Your movie Zero Silence was called visionary because it foresaw the importance of and the potential for major political change generated through social media in the Middle East. With The Pearl of Africa you are once again thinking outside the box by fundraising for Cleo’s transition and medical intervention, then following and filming her through that process.

Jonny: The Pearl of Africa is about Cleo’s struggle to transition. The surgery is a vital part of that for her, but if she decided not to go through with surgery, the film would be about that instead.

Right now things are very bad in Uganda with the new law put into practice. Making a lot of people go underground, Cleo included. Today she lives in hiding. For her it has made the transition even more important because it’s a matter of life and death, without it she lives under threat every day.

We’re raising money for her surgery and at the same time we’re also funding the film itself through pre-sales and grants.

Q: Last time we talked you said that are also filming a series of interviews with other LGBTI activists and allies, will these be included in the final film?

Jonny: They won’t be included in the film but the internet has created many possibilities of publishing them in different ways. We are also planning to create an educational package for the LGBTI activists in Uganda to use where they might be included.

Q: Since President Museveni signed the Anti-Homosexuality Bill, does this affect your plans at all?
Jonny: It makes it much more dangerous to make this film. Both for Cleo and me. But it does give me an even stronger reason to make the film. It will definitely affect the story, but since the future hasn’t been written yet we’ll have to wait for the movie to find out how it changed.

Q: What Cleo’s plans are at this point?

Jonny: Cleo wants to have her surgery as fast as she can to become a woman on paper and legally; she’s also considering leaving Uganda, which is something that could change the film in many ways.

Q: Do you plan to follow Cleo’s recovery and the changes that surgery makes in her life back in Uganda?

Jonny: I will be there during her recovery and after. The story of her return to Uganda and what happens then will be very interesting to see. Will she be accepted as a woman or will things stay the same? Nobody knows because she’s the first woman transitioning openly in Uganda.

Q: What do you wish to convey with The Pearl of Africa?

Jonny: For me The Pearl of Africa is about acceptance, it’s crazy that we still have such a hard time accepting differences in people. For me as Swedish, I think it’s important to make a story about a black trans person to highlight both the gender and race discussion, which is important all over the world. In a Swedish context we only discuss gender from a female/male perspective and we have a racist party that gets around 10% votes in parliament so the film has much value here. For Ugandans and East Africans I think the film can de-mystify trans people and hopefully change people’s perceptions of the LGBTI Community at the same time. Many Ugandans may have an easier time accepting trans people before gays, which I hope will be a first step forward. It will give them a chance to see a human behind the label.

It is my mission to change people’s hearts and minds about LGBTI people through documentary storytelling.

Any DONATION you can make will be greatly appreciated!