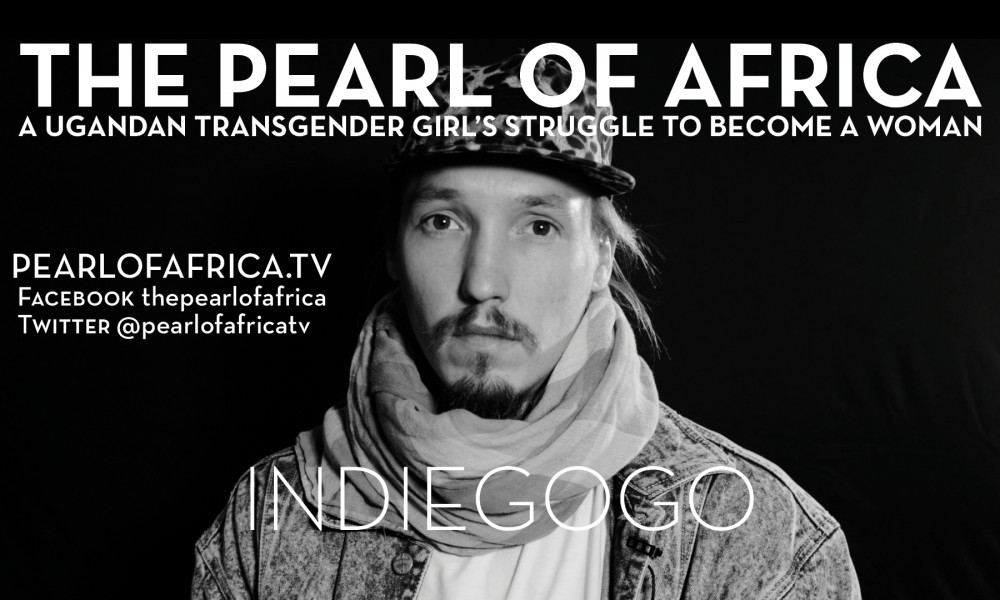 Today we teamed up with crowd funding platform IndieGoGo to support the Ugandan transgender activist Cleopatra Kambugu, biologically born male, but against all odds transitioning into the woman she knows she was born to be.

The documentary takes the audience on a life changing journey as she rewrites the story of a transgender woman, not as a disability, not as a psychopathology, not as an inadequacy, or a phase, but as a diversity in our humanity that has for long been shrouded in darkness and misunderstood.

We knew from the start that we wanted to collaborate with Cleo to empower her through the project, creating this campaign makes that possible through a direct to audience initiative says Jonny von Wallström, director of The Pearl Of Africa.

Documentary films are usually crowd funded in order to be made, but what we’re trying to do is a little bit different. We’ve secured funds to travel with Cleo so instead of giving us money to go make the film, the audience is directly supporting Cleo’s struggle. Investing themselves in the movie both emotionally and financially. By doing so they make a real difference today but are also given a unique opportunity to go on this journey together with Cleo.

Crowd funding has been around for a while now and this is a natural step in the evolution of them. Where traditional fundraising becomes both a tool for empowerment and audience engagement. This campaign makes it possible for Cleo to have her surgery in Thailand, but also to bring along her mother for moral support, something that will be seen in the documentary.

Throughout the campaign, the audience will be able to follow her journey online. Where we’ll be sharing photos, highlights from the film, and stories from the making of the film as well as Cleo’s preparations for the surgery. The film is set to premiere in 2014, for more information visit http://igg.me/at/pearlofafrica/x/5148612

Check out the campaign video here